This historical villa is named after Fritz Tobler (1868-1929), an industrialist in the embroidery business. He had the house built for him 1904 in Teufen on the “Eggli” hill by the famous architect Jaques Gros.

Over the plastered base the two-floored Villa Tobler was mostly constructed in the “Strickbau” manner of log building. It was a typical building for Jaques Gros (1858-1922) who developed a playful style for villas based on the Bernese chalet. Experts have described the house as being “a homogenous mix of revivalism, historism and Swiss wood style”.

The most famous building designed by this specialist of wooden architecture is the Dolder Grand Hotel in Zürich.

1944 the Family Tobler sold their villa to the family Rohner-Schawalder, who intermittently took on holiday guests under the name of “Villa Höhenblick”. 1983 the villa changed ownership to the family Lehmann-Lütscher. 2002 the municipality of Teufen gave their permission for the house to be torn down and a housing complex to be built in it’s place.

As soon as the family Brandenberger found out in the year 2006 that this beautiful building will be destroyed, they did everything possible to save the two upper wooden floors. It would be a terrible shame if such a special house ceased to be.

Luckily family Brandenberger had bought a dilapidated old spinning mill in Lutzenberg in 2002. This idyllic place right beside a brook seemed perfect for rebuilding the villa on.

This jewel of a building should be preserved for the world… 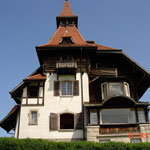 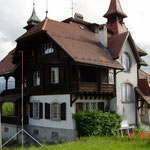 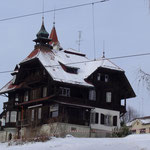 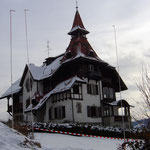 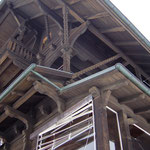 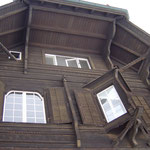 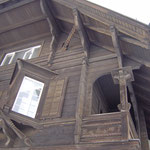 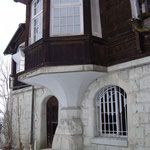